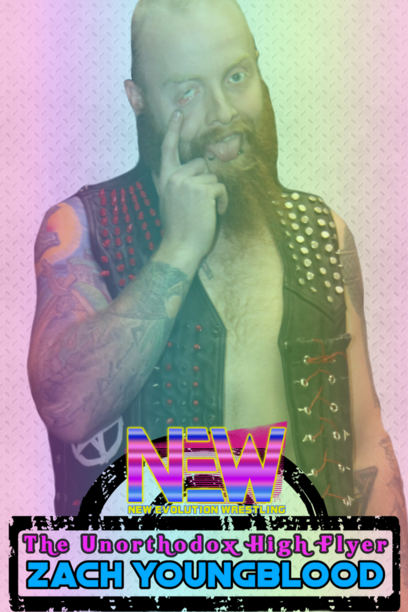 Anyone who’s been in the ring with Zach Youngblood will never forget the moment they realized that they’re in a whole other stratosphere Zach Youngblood’s unorthodox style is a statement, and not just a clever title in his name. This young star, with his unpredictable, high-flying style, has the ability to capture lightning in a bottle at any given moment. In his young career, Zach has already achieved success as an NEW Tag Team Champion. With the role of a dice, and room for altitude, this man is going to soar to great heights!