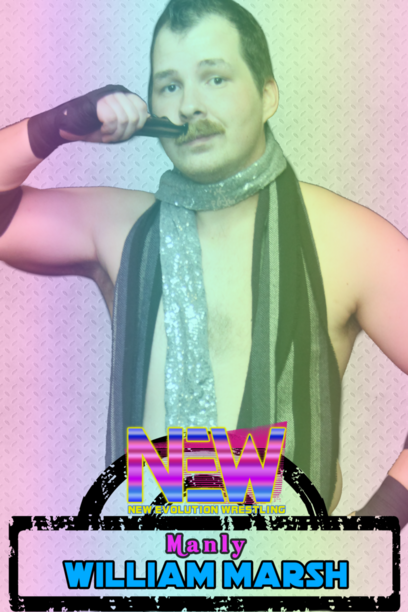 After doing a long stint at Man Camp, and graduating with honours, “Manly” William Marsh brings a well-groomed approach to his wrestling matches. One might even say that he’s so meticulous, that he picks apart his opponents with a fine-tooth comb. Marsh’s Man Camp training, along with guidance from his trusted allies like “Maverick” Matt Wheeler, and “The Vivacious” Vera Vyne, have elevated him to a new level of success. With a new-found sense of independence, the former NEW Tag-Team Champion has set out to prove to his opponents time and time again, what it truly means to be MANLY!