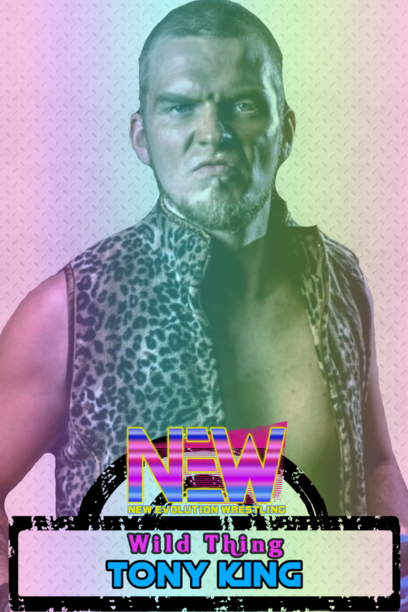 Known as the self-proclaimed “King of Newfoundland wrestling,” this “Wild” veteran has a decorated resume the likes of which has never been seen. Tony King has a career that spans over a decade. Early in Tony’s career, Tony began to make a name for himself wrestling for PWA(Now defunct), and several other promotions before leaving the province of Newfoundland to expand his knowledge and experience. After leaving his home province, Tony became a mainstay among the Alberta wrestling scene, among with several other peers like Justin Lock, and Jason Burry. There, Tony gained training and experience, which he brought back to his home province of Newfoundland. In 2011, CEW re-launched under all-new ownership and management, and with Tony King’s new-found experience, he quickly became a sure-fire main-event player. Throughout his tenure, Tony gained championship gold, winnIng both the Newfoundland Heritage, and North-Atlantic Championships. Tony King remained a mainstay in CEW until 2015, when he sought to further his career as part of the New Evolution Wrestling roster. In New Evolution Wrestling, Tony King captured the top prize in the Newfoundland wrestling scene, when he became the NEW Heavyweight Champion. Tony held this championship for exactly ONE year. After taking several months off with a nagging back injury, Tony King returned to NEW, where he competed amongst NEW’s top brass, such as Tyson Dux, and many other competitors. In 2020, Tony King earned his first NEW Interprovincial Championship. He continues to work competitively and add accolades to his already impressive resume!