Hailing from the other side of the track, the Newfie Bullet is an NEW star that simply comes at his opponents full speed ahead, and when this masked superstar builds up momentum, there’s nothing that can stop him One of NEW’s most beloved characters, the Newfie Bullet blasts to the ring in traditional Newfoundland fashion, with his Irish-Newfoundland entrance music electrifying crowds across the province. With the iconic Newfoundland flag draped across his attire, the Newfie Bullet has won the hearts of Newfoundland, and NEW fans alike. The Newfie bullet has used this adulation to push himself to achieve success. This lovable masked superstar is no stranger to success, having previously spent time as one half of the NEW Tag Team Champions! 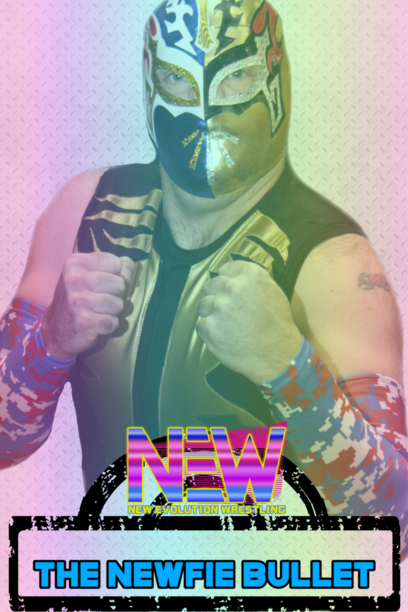