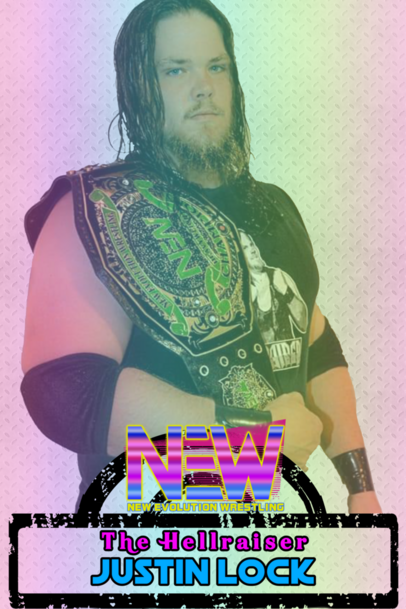 From his early beginnings, “Hellraiser” Justin Lock was bred to literally raise hell. Having been brought up in an old fashioned training environment, Lock endured, and persevered in some of the strenuous training environments. Beginning with the original incarnation of CEW, Justin Lock began his training under the guidances of Newfoundland wrestling’s own Vince Austin. After achieving some fundamental training, Justin Lock had successful stints across Canada, where he gained experience wrestling for RCW, as well as CWE, the latter, of which he’s completed Canada-wide tour dates. In Newfoundland, Lock has become a staple, and beloved local fan favourite. The master of The Spear” has achieved success in becoming a multi-time NEW Interprovincial Champion, NEW and tag-team champion. He is also the 2019 Republic Rumble winner and was awarded NEW’s Golden Ticket for that year. Justin Lock has also had moderate success as part of the new incarnation of CEW, having held the CEW East Coast Tag Team Championships with “Bulldog” Brandon Hynes (AKA Brandon Flip), and also had a long tenure as the CEW Newfoundland Heritage Champion. Justin Lock continues to raise hell amongst the ranks of the Newfoundland independent scene, much to the chagrin of those who have to stand toe-to-toe with him inside the ring