Growing up in the upper class area of Long Beach, CA, Denver always wanted to be considered the alpha and strived to be better than anyone else. Peters achieved this by becoming a state champion in amateur wrestling multiple years in a row, thus allowing him to receive a full scholarship to one of the top universities on the east coast of the USA in Boston, MA. His time there went by quicker than he expected after being crowned NCAA champion for those 4 years in the sport of amateur wrestling. Rather than finding a career after graduation, he set his sights on something different. Denver Peters made his way to the island of Newfoundland and immediately made an impact in New Evolution Wrestling. After attending an event in September 2019, he decided that he was going come into the NEW locker room to teach the talent how to be better than what they were, and turn them into “real athletes”. From that point on, Denver Peters, now known as “The Educator” continues his focus on educating the professional athletes in the NEW locker room on what he perceives are the top skills and athletics of a real athlete. 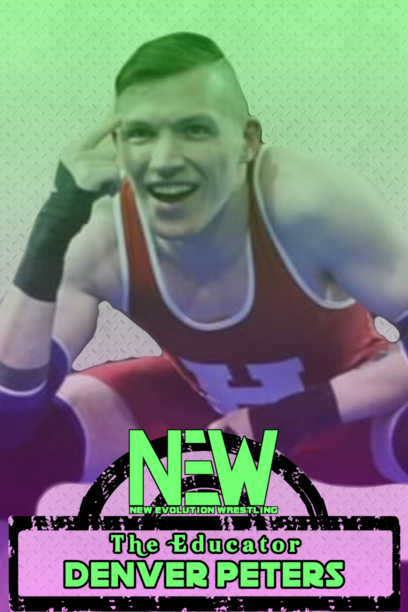