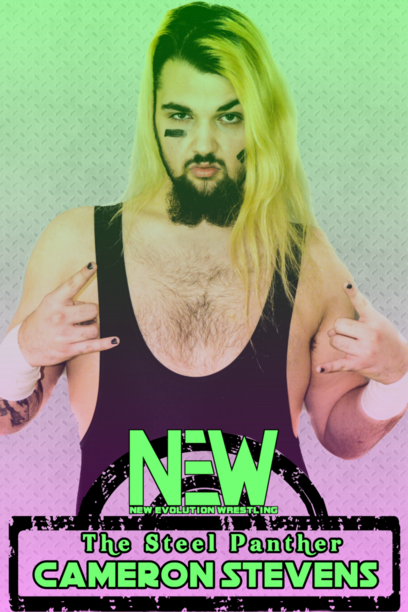 ‘The Steel Panther’ Cameron Stevens A native of Marystown, NL, this 1980s throwback rocker has spent much of his tenure rockin’ throughout western Canada, making a name for himself with companies such as Real Canadian Wrestling, and Canadian Wrestling’s Elite.

Throughout his time across Canada, Cameron Stevens has trained with some of the great minds of professional wrestling, such as Bruce Hart, of the legendary Hart family. He would take this experience with him as he moved along his professional wrestling journey In 2019, Stevens began a journey back to his native home of Newfoundland, where he instantly became a New Evolution Wrestling fan favourite, and has taken the company by storm.