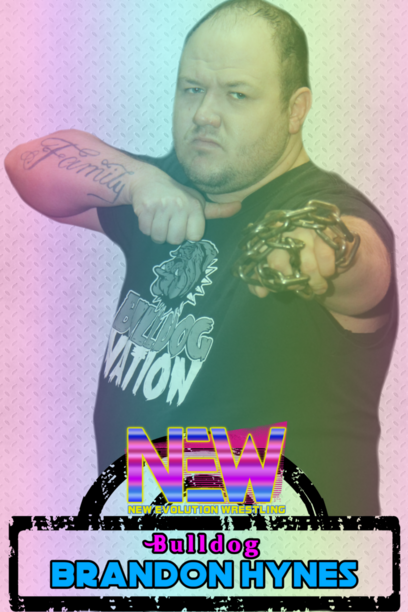 Originally hailing from Cambridge Ontario, Brandon Hynes made a name for himself throughout the Ontario Independent wrestling scene as part of the PWA roster. In 2011, Brandon Hynes made his way to the Newfoundland independent wrestling scene, where he first garnered the attention of LCW (Now defunked) management. Hynes, (then known as Brandon Flip) would become a staple among the local wrestling scene, where he would wrestle for CEW, during which time he became one half of the CEW East Coast Tag Team Champions, along side “Hell Raiser” Justin Lock. However, with a return to LCW, this CEW tenure was short-lived. Upon return to LCW, and now going by the name “Bulldog” Brandon Hynes, this young local star added some bark to his bite, gaining a lot of experience competing against many former WWE competitors and other well-known individuals from across the globe. In 2015, Hynes made his debut as part of the New Evolution Wrestling roster. Brandon has achieved his greatest success since this time, having become a multi-time NEW Interprovincial Champion, NEW tag-team champion, and has also had some further success in CEW, where he successfully captured both the Newfoundland Heritage and North Atlantic Championships.